Thanks to NZ On Air foundation and its sub-section NZ On Air Music there have been a lot of improvements going on in the field of NZ music support and production. I wish something similar would exist in my home country back in Europe. More good Slovak music could be accessible and visible at home and abroad too. Like in case of New Zealand music. 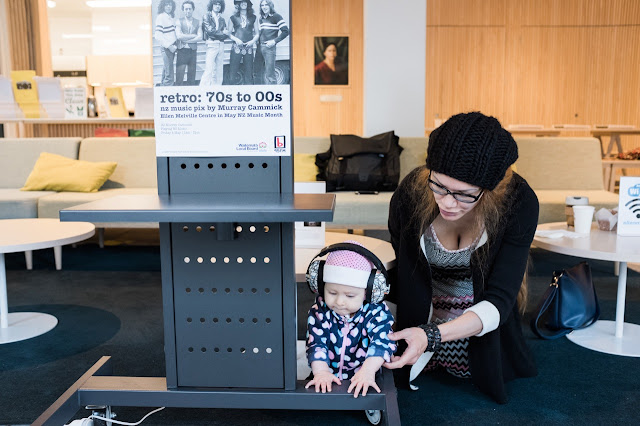 Here, so many talented New Zealand musicians were supported in their creation of videos or EP albums thanks to NZ On Air Music financial scheme on monthly basis. Thanks to this initiative we can also watch kiwi bands performances live for free.
Recently we saw two bands playing at Ellen Melville Centre. This new community centre in the middle of Auckland city hosted the 95bFM: Breakfast Show live. During the radio show some memories of all those years working as a radio DJ and speaker in TLIS Radio came up, therefore I felt a bit nostalgic. 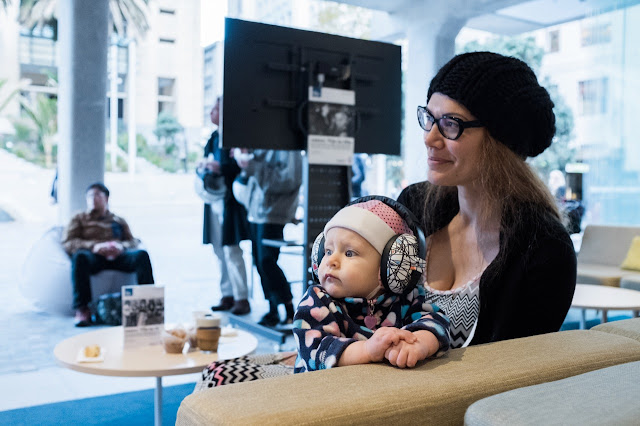 Let's not forget that May is officially recognized as NZ Music month. So we celebrated it by watching emo/goth duo: carb on carb firstly and rockabilly band: Bernie Griffen and The Thin Men concert afterwards. It was worth attending. My baby girl Tove Tui did not protest and woke up early in the morning with a cute smile on her ace. It seems that we have become active morning persons...
Written by: Boba Markovic Baluchova, Photo: Palo Markovic

#balbodebra (Boba M. Baluchova) is ethical journalist and global education trainer - focused on sustainable clothing, living and traveling (on her way from Europe to New Zealand through America, Asia and Africa). #fairFashion #streetStyle